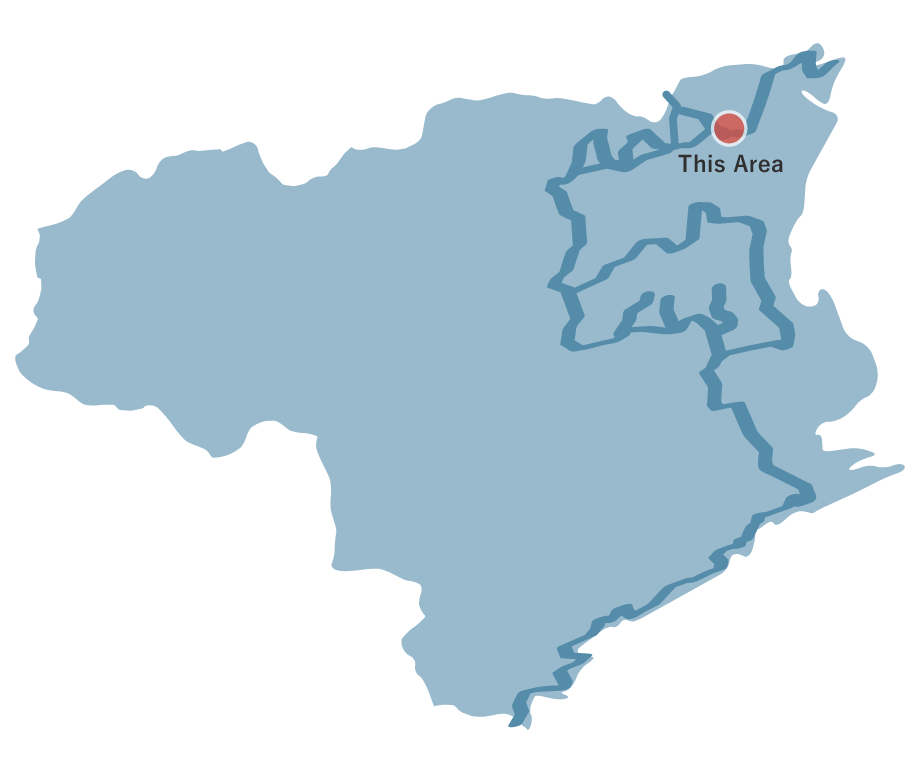 Oasacho Otani at the starting point is a town of pottery kilns and home to the potters who create their famous, large Otani ware pots.In this area, there are also ruins that predate the Yayoi period, such as the Morisaki Shell Mound, and the region is thought to have been settled since ancient times.Following the fault line known as the Median Tectonic Line that runs east to west of the southern face of the Sanuki Mountains is “Shikoku Road”. The road passes in front of the circular mound with a rectangular frontage on the side of Awa Shrine. The place where the road meets the mountain, you will find the side of the Median Tectonic Line.The pilgrimage season starts soon after the early springtime and once the fields are blooming with rape blossoms and the roadsides are blossoming with lotus flowers and dandelions.