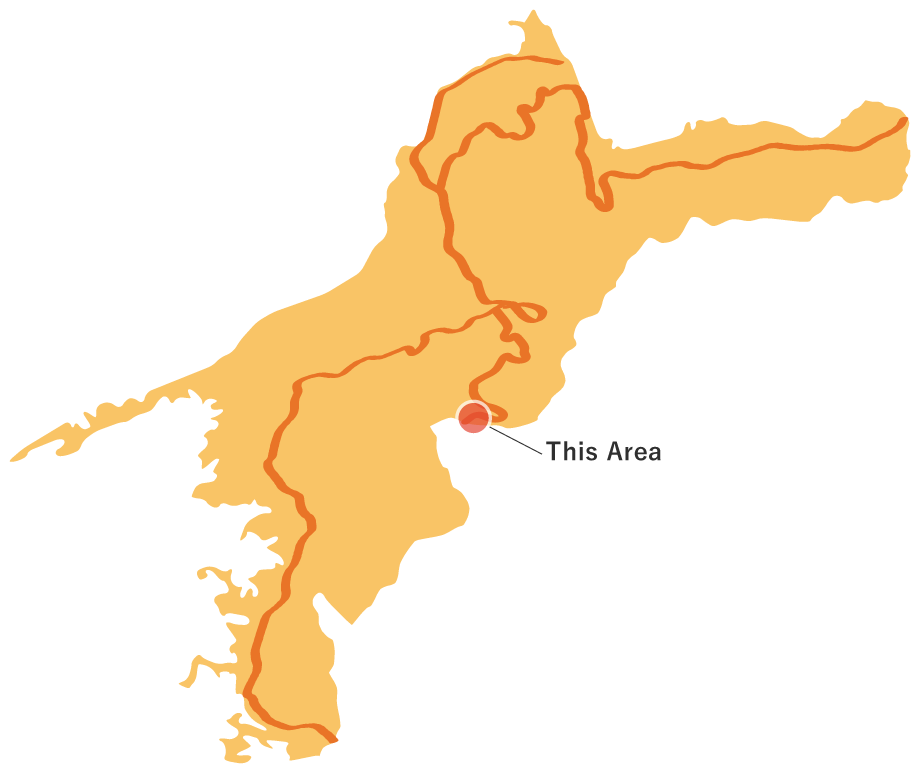 Shikoku Karst Route is a course that occupies a unique position among all the Shikoku-no-Michi routes.The Shikoku-no-Michi routes are designated to circle around Shikoku. This is another route that connects Kochi and Ehime Prefectures, and passes through the Shikoku Karst situated in the mountains that line the Kochi and Ehime Prefectural border.Shikoku Karst, which is one of the prominent karst tablelands in Japan, is said to be one of the three major karst terrains in Japan alongside Akiyoshidai in Yamaguchi Prefecture and Hiraodai in Fukuoka Prefecture.The Shikoku Karst route in this prefecture is composed of six courses, out of which the Shikoku Karst Route No. 5 starts in Komatsu in Nomura Town of Seiyo City, winds along the Shikoku Karst Nature Park located on the Ehime and Kochi Prefectural Route 383 that passes along the Ehime (Yusuhara Town) and Kochi (Kumakogen Town) Prefectural border, and ends in Jiyoshi pass.This route is also accessible by car because most of it is paved. However, special caution is necessary at the merging and dividing points because this is a single-lane road.Being a high-altitude route, it remains closed in winter due to freezing of the road surface. Hence, before using this route, be sure to use the online or other resources to be updated about the road information.

If you wish to receive a certificate, please take a photo of yourself at the designated photo point on each course.