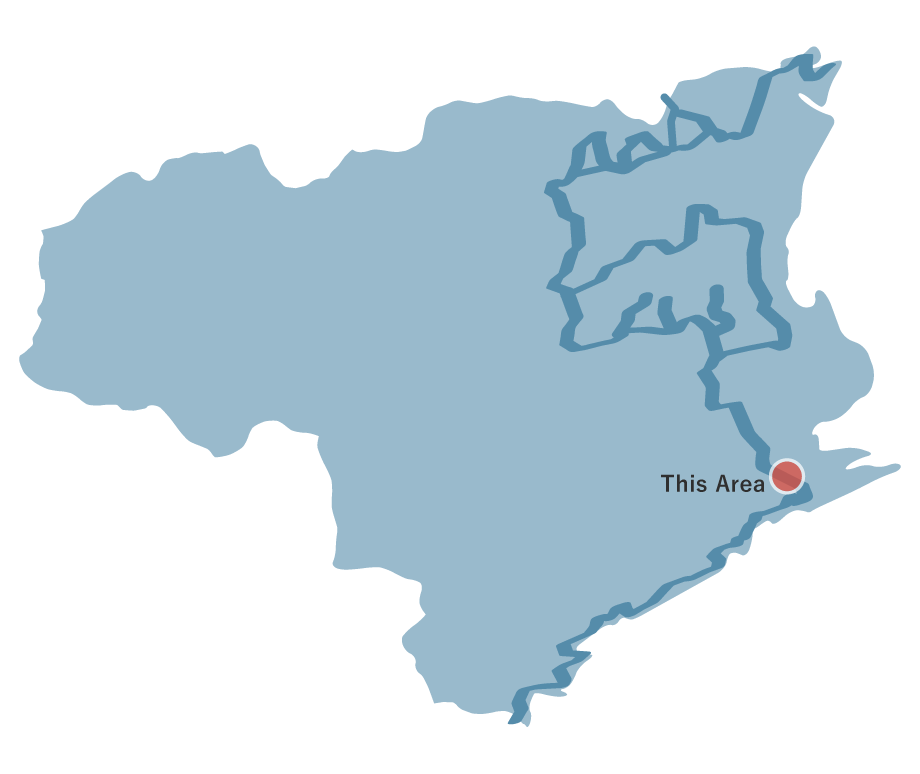 If you go from Fukui to the mountains with bamboo groves, you will come to Sendogatani, a small village surrounded by mountains. Climbing the idyllic farm road along the valley, Tachibana Bay will soon appear and you will see the chimney of a power plant and Mt. Tsunomine behind. As you approach the pass, the Pacific Ocean appears below and the horizon forms an arc. Further toward Mt. Myojin, there are several wireless relay stations. Climb through an endless ubame oak tree forest and you will reach the summit of Mt. Myojin, surrounded by stone walls. There is a panoramic view of the peninsula leading to Cape Kamoda, the coastline of Abe and Yuki, and the coastline far from Cape Muroto. You will reach the town of Abe through ubame oak and camellia forests.