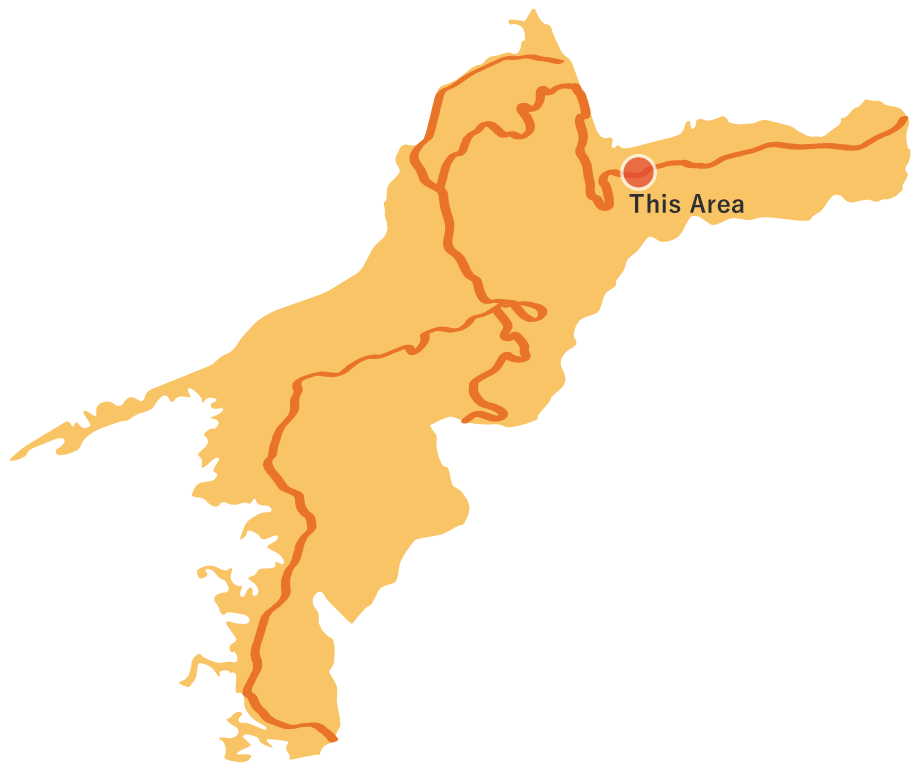 This course is a history-filled walking path that runs along an old road on the mountain from the former Komatsucho to the Kamo River. In addition to the No. 63 Kichijoji Temple and No. 64 Maegamiji Temple among the 88 Shikoku Sacred Places, there are large shrines typical of this area such as the Ishizuchi Shrine and Isono Shrine. On the way, you can allay the fatigue from your trip at Yunotani Hot Spring, one of the three ancient hot springs of Iyo.