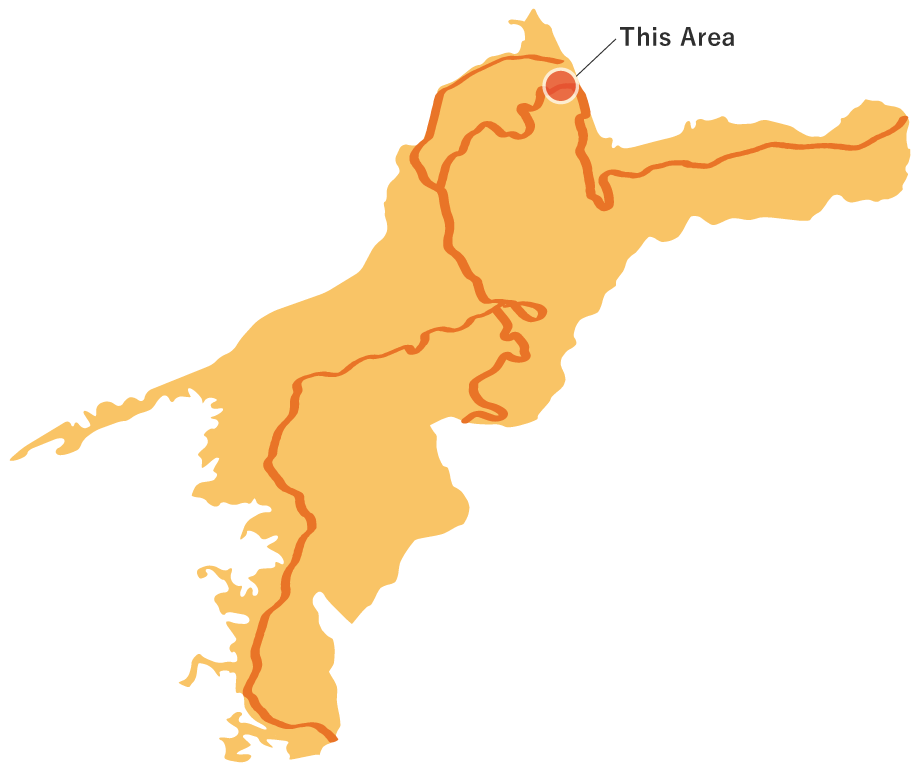 This is a walking course through beautiful countryside from No. 58 Senyuji Temple of the Shikoku Sacred Sites, located on a hill at an altitude of 300 m, through No. 59 Kokubunji Temple, to Karakohama Beach. After descending the stairway from the Senyuji Temple grounds, a short distance into the mountain road, the Imabari Plain can be seen below, and as one descends the hill, the landscape of the countryside spreads out before one's eyes. As you continue walking through the peaceful landscape, you will arrive at the No. 59 Kokubunji Temple, a power spot with many cultural assets and a feeling of history where the national government of Iyo Province once was located. On a small hill near the end of the route is the Tomb of Imabari Feudal Lord. From there, looking out over the Seto Inland Sea, one can see a spectacular view of Karakohama Beach, which was selected as one of the 100 best beaches in Japan.

Information board in Kokubunji