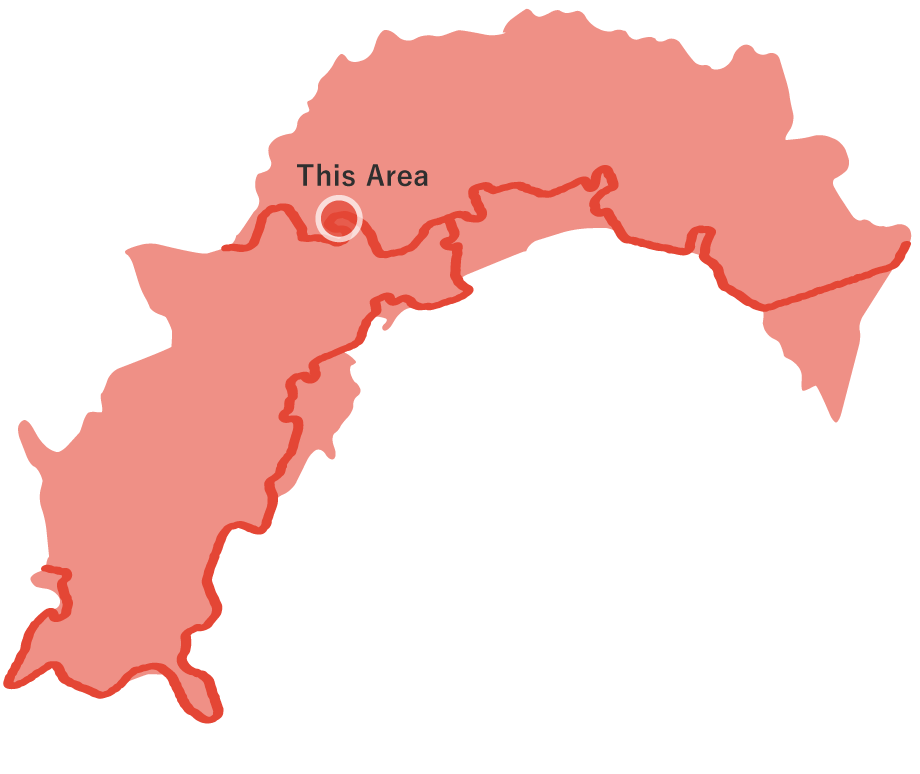 It starts at the intersection of a forest road with a huge torii gate and a prefectural road across from Miyanomae Park Campsite, one of the best-known cosmos viewing spots in Ochi-cho, and heads west on the forest road. This course leads visitors to Yokogurazan, which is home to a old-growth forest of red oak trees and a group of large cedars several hundred years old, and was also the research field of world-renowned botanist Dr. Tomitaro Makino. Since the time when Kochi Prefecture was once Tosa Province, Yokogurazan has been considered the only sacred place of religious practice of Shugendo in Kochi. Along the route, there are many places worth seeing, such as the Mari-kenaro Ryobo, the Reference site for Emperor Andoku's tomb, where he is said to be buried, and Yokoguragu Shrine, which is dedicated to Emperor Antoku, and visitors can walk around and feel the history. Around Sugihara Shrine, giant cedar trees over 600 years old line the streets, and visitors can feel the mysterious air of serenity and tranquility.