The Pilgrimage Road to the Home of Uwa Culture 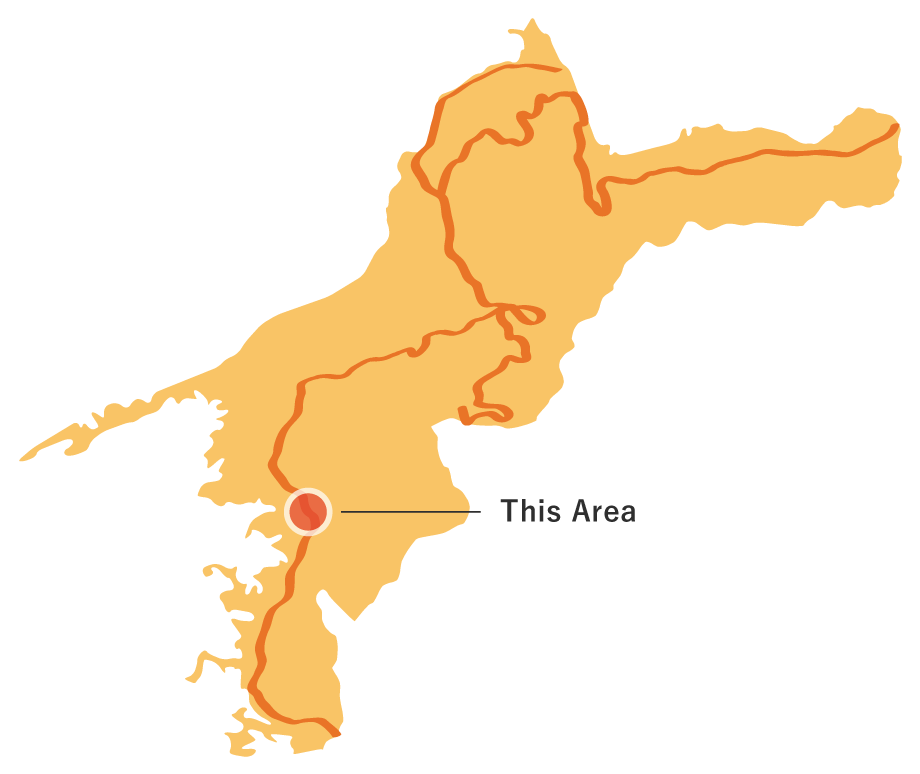 The Pilgrimage Road to the Home of Uwa Culture

In Ehime Prefecture, the fifth course, the “The Pilgrimage Road to the Home of Uwa Culture
course,” starts from Hanagatouge Pass. With the disaster from the heavy rain in July 2018, a part of this course (from Hanagatouge Pass to the Hanaga Bridge resting area) became overflown, and it became unable to walk through it. As a result, for the disaster struck section, please use the Prefectural Road 31 Uwa Mima Sen Rd. This course passes the Hanaga Bridge resting area and while overlooking Uwagawa river on the left side, passes near the Ehime Prefecture Museum of History and Culture, and Meisekiji temple then heads to the center of Uwa Bunka no Sato, which is famous as the birthplace of the female doctor（Ine Kusumoto: Philipp Franz von Siebold’s daughter.）
In Uwa Bunka no Sato, you can still find the old townscape that reminds you of the Bakumatsu period, with the former dwelling site of Keisaku Ninomiya and a hideout of Choei Takano. Among them, the quasi western-style primary school building that was built in 1882 (Meiji 15), “Kaimei School,” is a modern school building with white walls and arch-shaped windows. It is especially eye-catching along with the churches in the Taisho period. At the time, this school was seen as the symbol of civilization and enlightenment, and there were endless visits by visitors here.
Currently, it is a Museum of Educational Materials and exhibits textbooks. With a reservation, you can also participate in a Meiji style class as well. Within the premises, there is also the Museum of History and Folklore, where it exhibits “Goko” Shingido, which is the former Kaimei School as well as exhibitions of archaeological materials.
After you go down the stone pavements, you will reach the post town of the Uwajima Domain, which was busy as a traditional country town, and you can see the “Unomachi townscape” here designated to be Japan’s important preservation district of historic buildings. Walking through the humble town with unique designs such as beautiful lattice doors on white walls, bracketing, and decorative tiles, you can find old ryokans that famous historical figures like Tsuyoshi Inukai stayed at. It is a cultural town where you can feel a sense of Romanticism of history.

The Pilgrimage Road to the Home of Uwa Culture（11.3ｋｍ）